The first down train from Southern Cross, departed Platform 4 at 1040 (a special express train – numbered 8291), arriving into Geelong 50 minutes later, and on time at 1130 into Platform 3. Consisting of VLocity Units VL23, VL20 &VL07, this train conveyed around a dozen or so invited guests to the launch ceremony. Because of the small amount of invited guests aboard, only VL20 had conveyed passengers.

After the passage of the up train 8228 around 1235, the three VLocity units shunted out of Platform 3, and part way into the Geelong-South Geelong tunnel, to run back into Platform 1 for the launch ceremony. The launch ceremony commenced at 1240 on Platform 1, with the Premier of Victoria, Steve Bracks, and the Transport Minister Peter Batchelor being notable speakers. Concluding around 1300, the first Geelong line revenue VLocity service run left, running to the timetable of the 1325 up South Geelong (8230), however, originating at Geelong and running as train 8296. The train consisted of VL07, VL20 & VL23.

Premier Bracks was not noted on either of the VLocity runs, however, Mr. Batchelor travelled aboard 8296 between Geelong and Lara, before opting for road transit!

No other Geelong services were ran by VLocities today, however, as of Monday 6th February 2006, several return services each day will be operated by VLocities, practically removing H sets from operation on most Geelong line services. 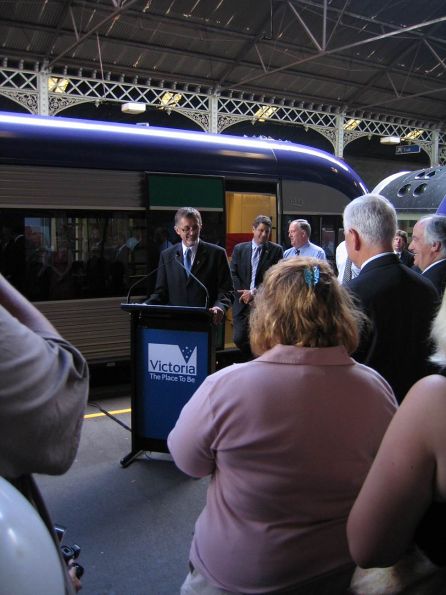 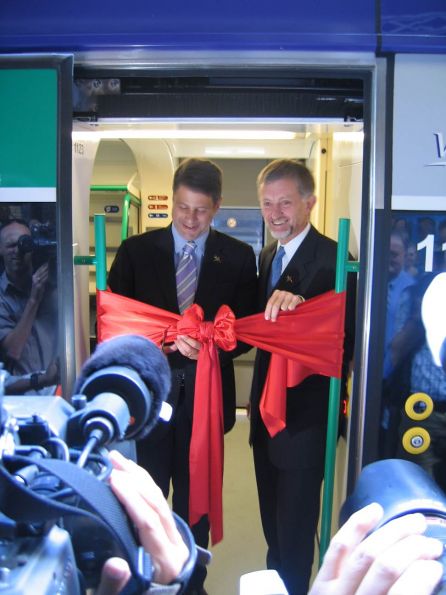