On Tuesday 4th September 2007, N474 ran light engine from Southern Cross to Newport Workshops to collect recently repainted and internally refurbished H set FSH25, for a test run to Geelong and back. This is is the first set undergoing refurbishment as part of the $13m rollingstock upgrade program - and is in a new V/Line livery, which comprises predominantly of shades of grey, with white doors and red and purple trim lines.

Internally the set has also been refurbished - the changes including

Departure of the test run from Newport Workshops was around 1035, with arrival into Geelong Platform 3 at 1125. N474 then ran around the set, and departed back for Newport Workshops at 1140 - 1 hour and 8 minutes early. 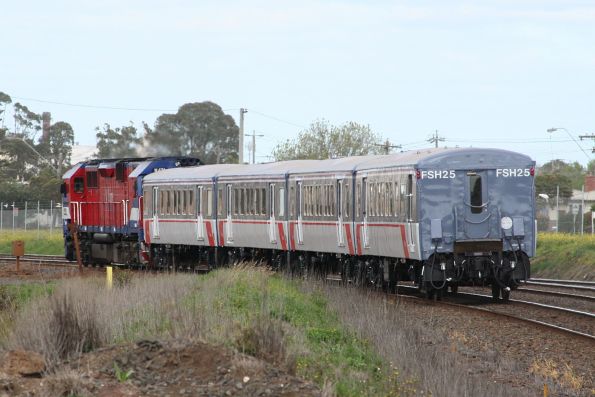 Inside the passenger saloon 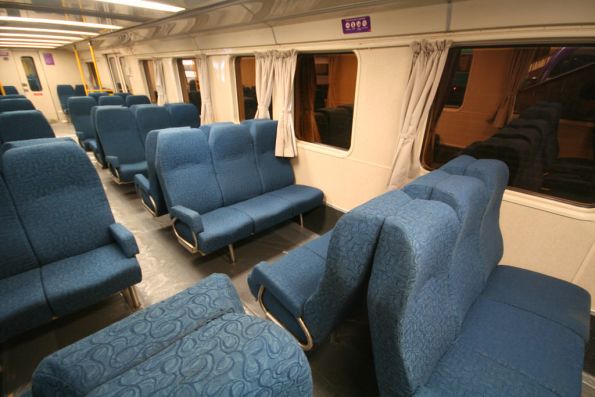