December 2008 saw the end of alcohol sales on V/Line trains. 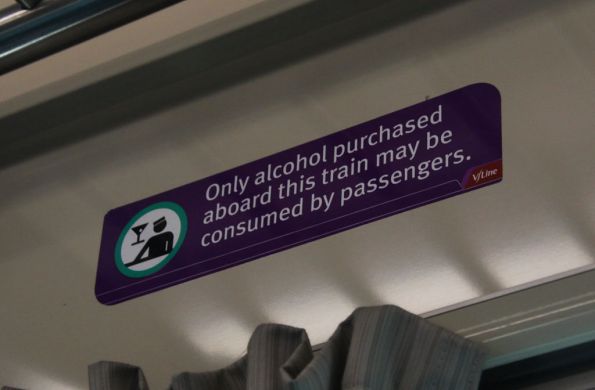 Country Victorians have entered another big dry. V/Line trains will no longer serve any alcohol, ending almost a century of tradition on the state’s regional tracks.

The beer, wine and spirits on long journeys to Swan Hill, Warrnambool, Bairnsdale, Wodonga and Shepparton have vanished and are likely to be replaced with better coffee - cafe lattes instead of instant.

V/Line spokesman Daniel Moloney said the move was designed to make country trains more appealing to families and help conductors control a handful of drunks each month, most of whom drank elsewhere first and carried their alcohol on board.

The trains turned dry on Sunday, with little sign of revolt, although not everyone was happy with the decision.

Victorian author Gillian Wadds said she and her husband often caught the Warrnambool train in the evening and enjoyed a glass of wine on their trip. They leave Melbourne at 6.30pm and arrive home in Camperdown about 9pm.

“Often we’ll take some Japanese food on board and have a glass of wine because it’s probably been a busy day and you think, well, this is a nice way to relax on your way home.”

She jokingly labelled the ban a “disaster” and said the decision was bizarre.

Victorian Nationals leader Peter Ryan said he believed most country passengers would accept the ban, though he sympathised with sensible drinkers. “There have been incidents that have occurred which are clearly the result of too much alcohol, so if this is going to assist the situation then it is something I think is a wise decision,” Mr Ryan said.

Mr Moloney said a million passengers used V/Line each month, 122,000 on the services that sold alcohol. He said selling alcohol on board hampered conductors’ ability to crack down on drunks because the policy was conflicting.

Before this time only BYO alcohol was banned onboard V/Line trains. 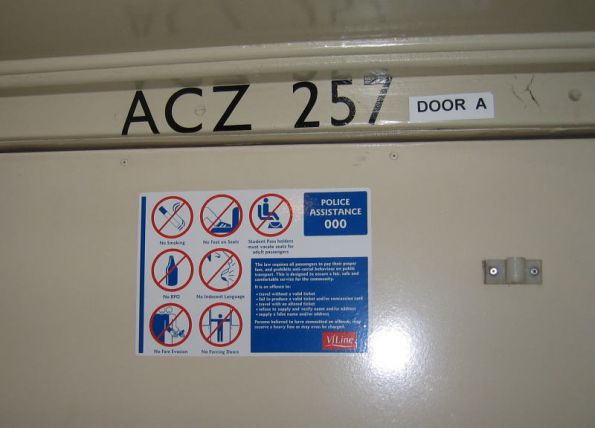