Two years on from the official launch of the new V/Line Mk3 livery, the following rolling stock has been painted in it:- 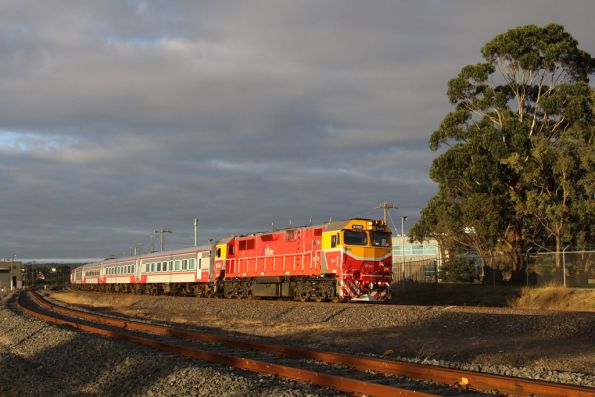 No A, P or Y class locomotives have been repainted to date, though there are plans for at least one A and P to be done within the next 6-12 months.

VLocities didn’t receive a new livery as such, but rather a modification; all three car units (3VL25-3VL41) and VL05, VL09, VL15, VL16 and VL22 have yellow cab fronts and anticlimber covers. VL23 and VL24 which are presently at Bombardier receiving their third car will also have the added yellow once they return to service.