Sprinter 7007 was the first of the class to be painted in the new V/Line livery, being launched to the public on September 12th, 2007. 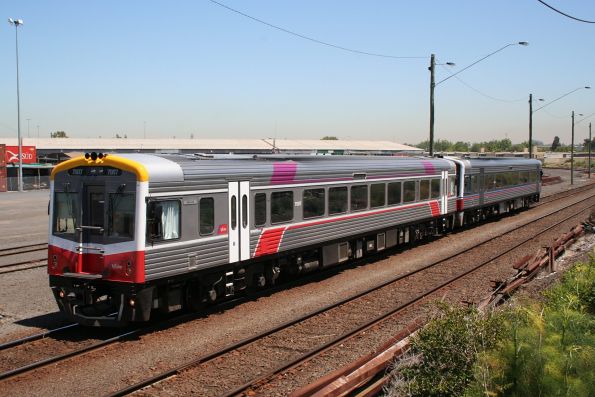 No further Sprinters were painted in the same way as 7007, where the bands ended midway along the train.

Instead the purple band was eliminated, and the red band carried through to the end of the carbody. Sprinter 7002 was first to be released in this variant in November 2007. 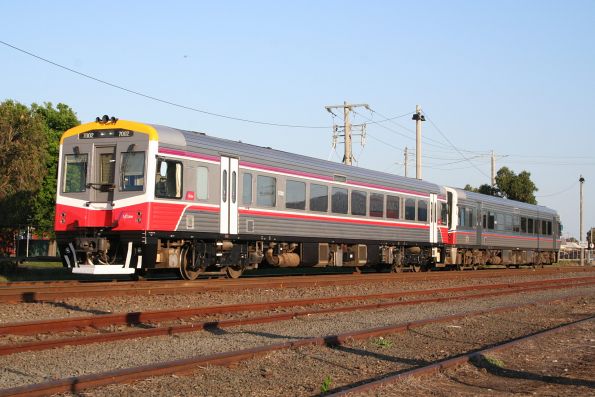 The final tweak to the livery was a change in the pilot colour to red - it debuted on Sprinter 7015, third of the class to be repainted. 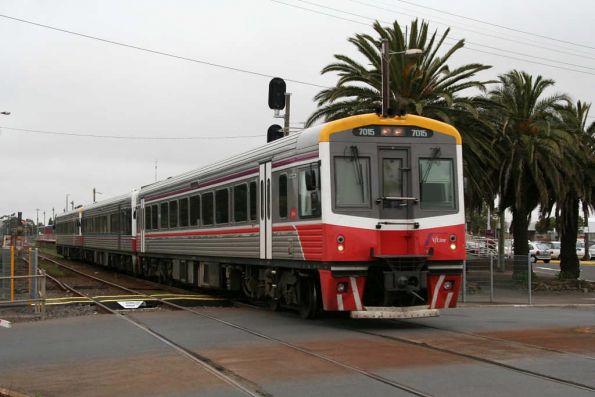 All other Sprinters have received the same livery as Sprinter 7015.

As for the two orphans, Sprinter 7002 receiving the red pilots sometime before August 2009, and Sprinter 7007 was repainted sometime between late 2010 and mid 2011.