V/Line started repainted carriages and railcars in their new livery in mid 2007, but it took over a year for the first locomotive to emerge.

New liveried N468 was the first locomotive to be painted into the new livery, being released in May 2008. 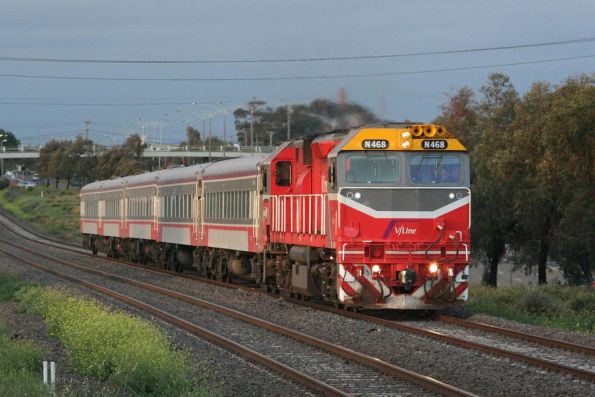 This livery was a one off, the second locomotive to be repainted was N460 in September 2008, which receive a yellow front in place of the grey. N468 being altered to match in November the same year. After this time every N class undergoing an overhaul has been repainted into the same version of the livery (the exception for a few patch-up jobs on the N classes involved in the Stonyford derailment). 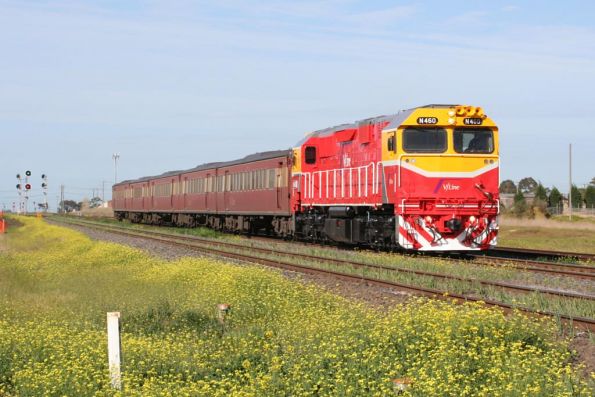 Despite the large number of decrepit looking P classes in the fleet, for the next year only N classes were repainted. It was not until December 2009 that other locomotive classes received the new livery, A66 being the first A class: 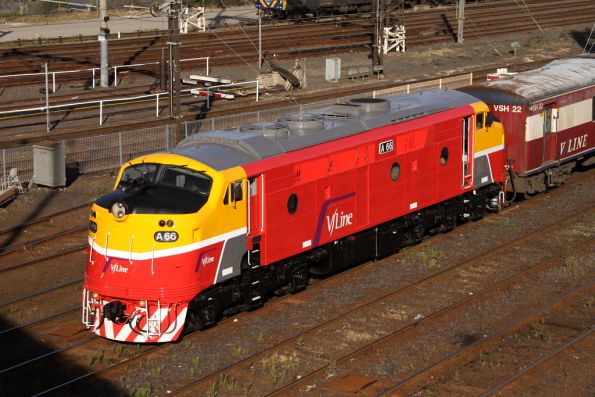 A66 was the only member of the class to be repainted, so it is unknown if any further revisions will be made.

As for the P class, P15 later received the same livery as her classmate.