In January 2013 V/Line launched ‘Quiet carriages’ on their VLocity trains. 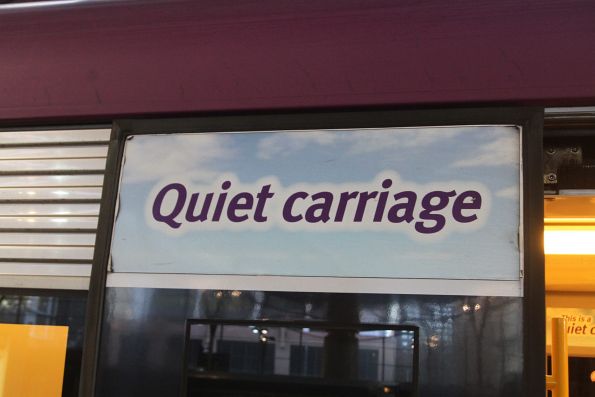 Melbourne newspaper The Age ran an article on the launch.

Irritating ringtones, braying conversations and bleeping video games will be banned from seven country train carriages as part of a six-month trial to introduce peace and quiet to the intrastate commute.

Today, a clearly marked “quiet carriage” was introduced by V/Line on the Ballarat line, with plans to turn down the volume over the rest of the week on other lines as well.

V/Line has introduced quiet carriages on seven VLocity trains. In these trains— which can be found at the end of the three-carriage sets — customers are expected to turn down their electronic devices, switch mobile phones to silent and keep their conversations quiet. Two-car sets will not have a quiet carriage.

Although passengers are expected to respect the rules of the quiet carriage, they will be self-regulated.

“I guess the message is ‘shhh, you’re on a V/Line quiet carriage’,” said Minister for Public Transport Terry Mulder.

Mr Mulder said that many people like to work, read or study on the train, but often their peace and quiet is interrupted by mobile phones, electronic devices and conversations.

“We are simply asking for community co-operation from people who travel on V/Line to co-operate with the trial of the quiet carriage,” Mulder said.

Mr Mulder said he was optimistic about the trial of the quiet carriages, which will become permanent if customer feedback is positive.

“I think it will be quite successful,” he said.

The trial was successful, with ‘quiet carriages’ rolled out to the entire VLocity train fleet. They have not appeared on any other members of the V/Line train fleet.

The quiet carriage is located in the 11xx carriage of each VLocity set, which is normally at the east end of the train.

A quiet carriage is a dedicated zone on VLocity trains for customers who want to travel in a quieter environment.

The quiet carriage is a customer-regulated initiative, where travellers voluntarily turn down the volume on electronic devices, switch mobile phones to silent and speak quietly.

Please note that using headphones or earphones may not prevent other customers hearing very loud music, so it’s a good idea to check if people around you can also hear your music.

VLocity set VL47 received ‘This is a quiet carriage’ decals in 2013 as part of the initial trial. 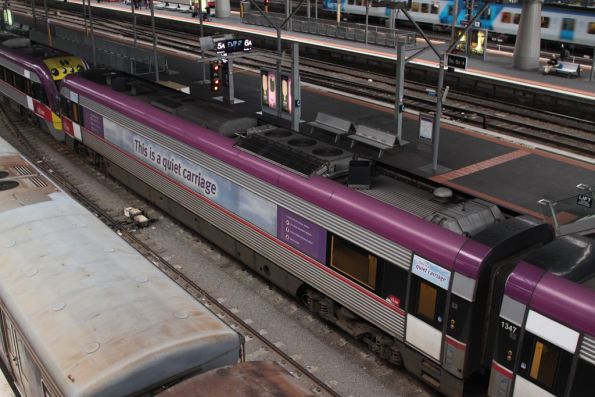 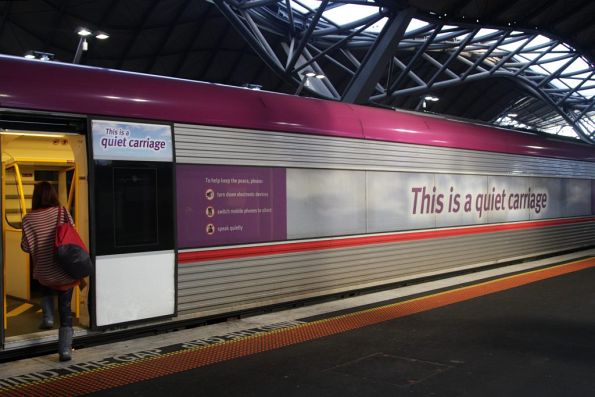 Signage also appears on the doors leading into each ‘quiet carriage’.

Inside the doors of each ‘quiet carriage’. 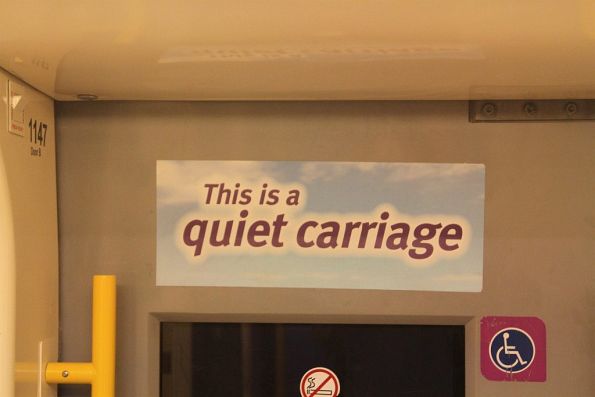 And above the luggage racks. 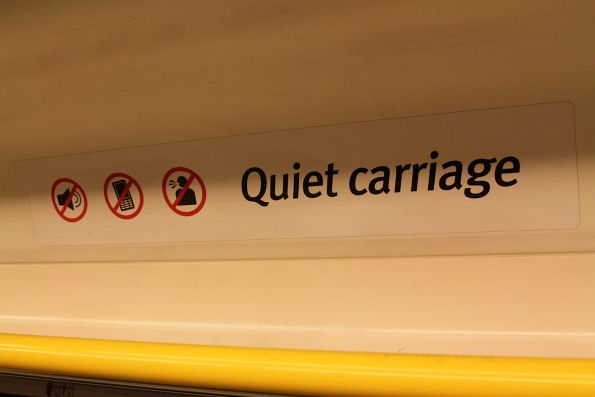 Along with an explanation of the ‘quiet carriage’ rules. 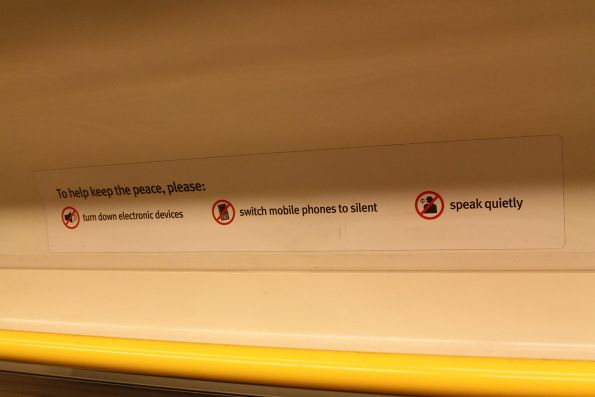