Over the years V/Line's fleet of P class locomotives have been seen on some unusual workings. Here is a selection. 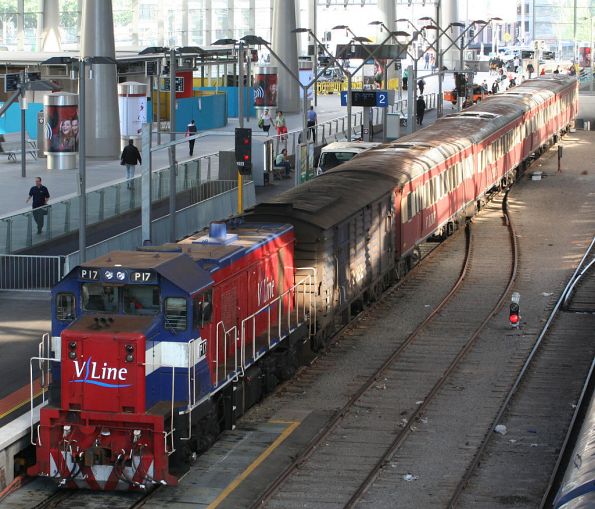 P18 and classmate push-pull on a five car long VSH set push-pull at Southern Cross, due to terminate at Kilmore East due to the Dry Creek bridge replacement works on the Seymour line (June 6, 2007) P18 on the Steamrail 'Rail and Sail' departs Geelong. The hired loco was used because of signalling issues on the Geelong line preventing any non-TPWS fitted locomotives from using the line while normal passenger services were also running. (March 2, 2008) P11 on a Melbourne-bound Grand Final football special with a special 'Cats' headboard and an 8 car all-refurbished push pull outside Lara (September 27, 2008) 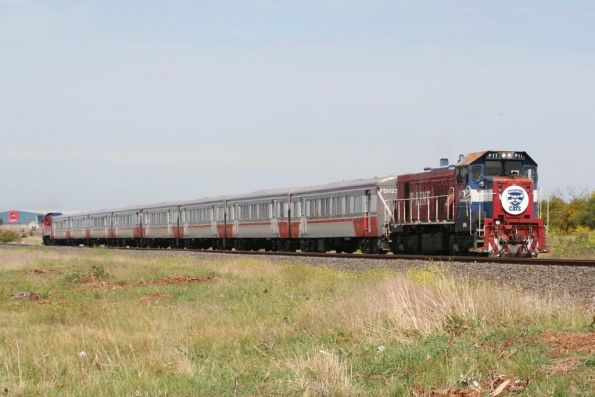 N465 leads N463 and P15 with nine empty H carriages out of Bacchus Marsh, headed to Melbourne for use on Avalon Airshow specials the next day (March 13, 2009) 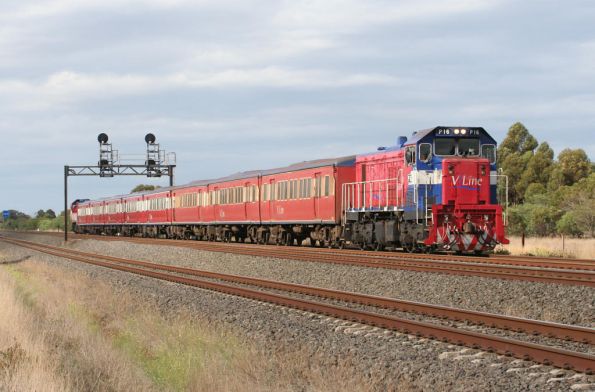 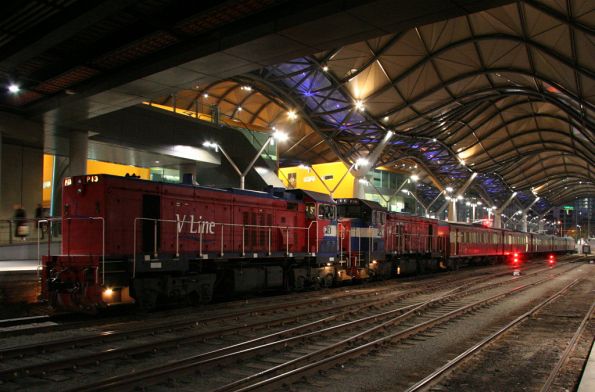 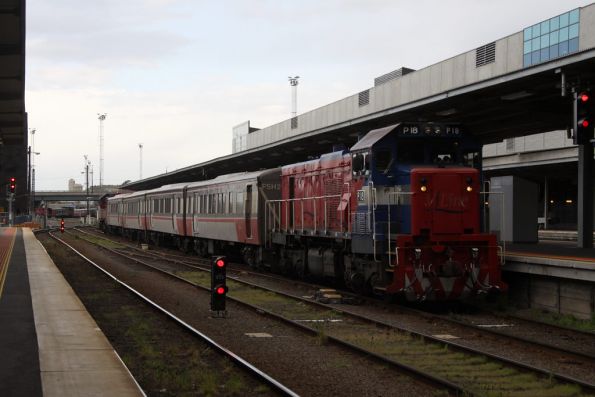 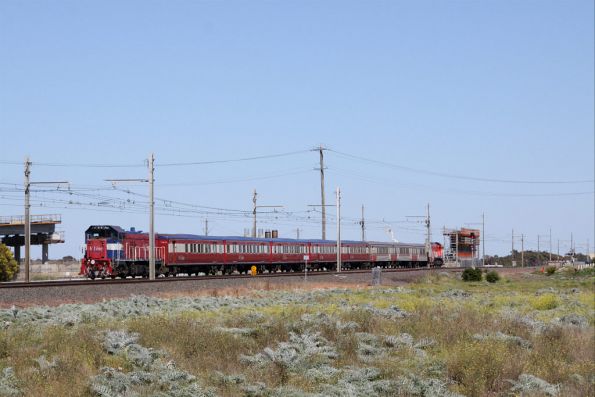 Where is the other half of the train? P16 at Sunshine leads a single SH set bound for Sunbury. Usually worked by two P classes and a pair of SH carriage sets. (March 2, 2011) 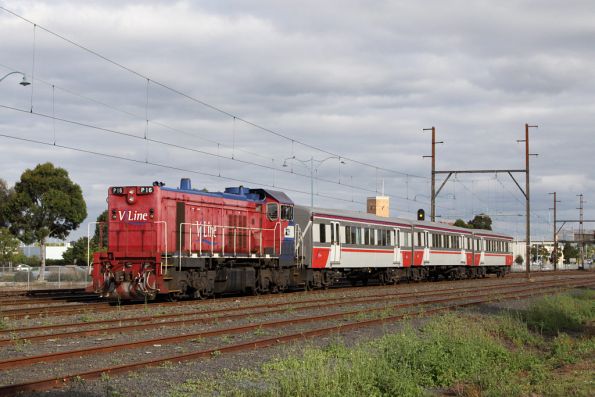 P13 has been gauge coverted, stabled alone beside the standard gauge turntable at South Dynon (September 25, 2011) 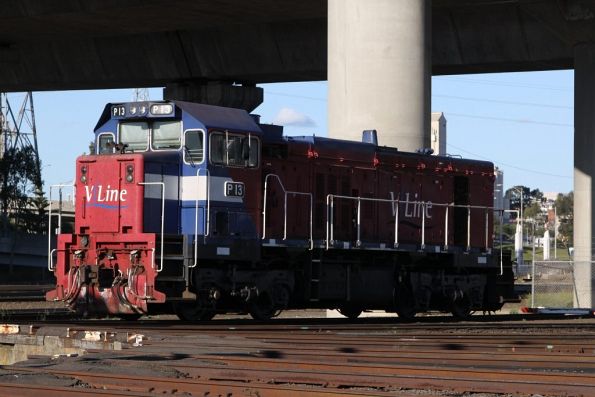 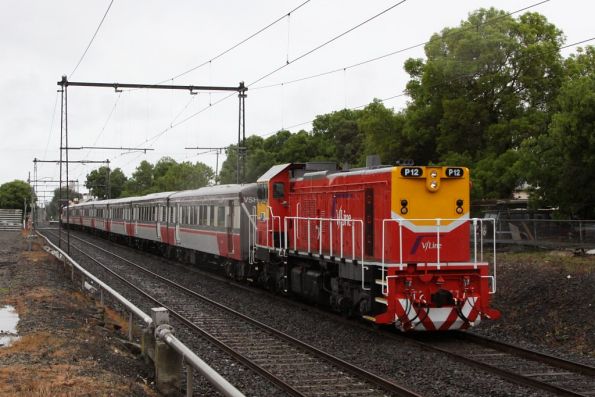 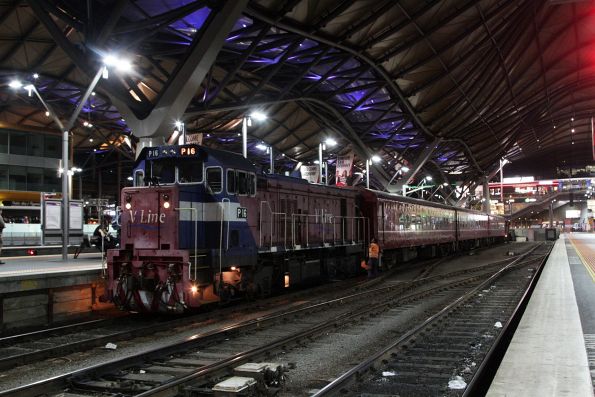 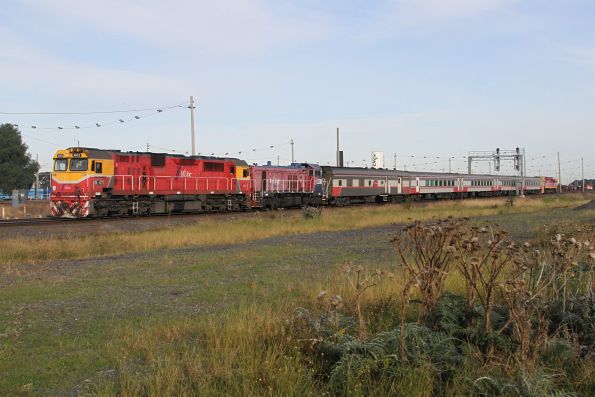 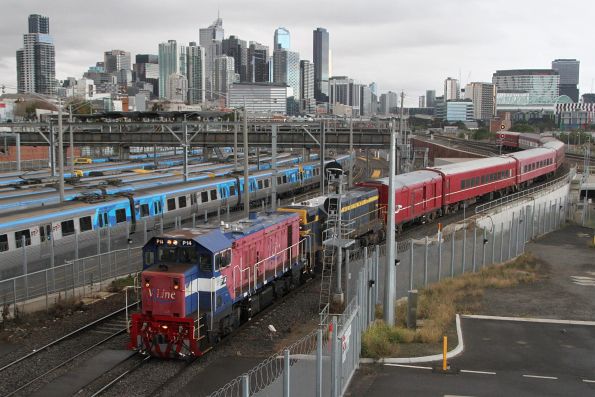 This post was originally published at Wongm's Rail Gallery as 'Unusual workings for the V/Line P class locomotives'.