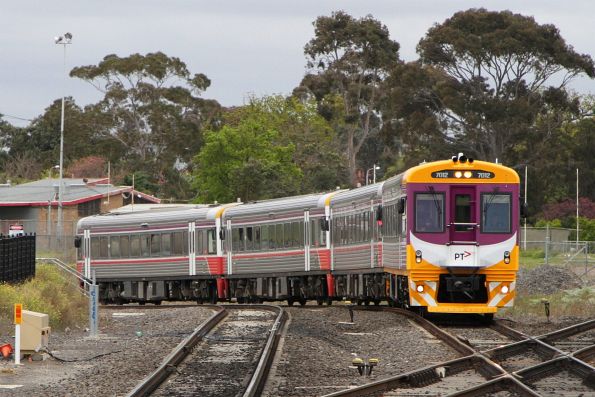 Side view of the PTV livery. 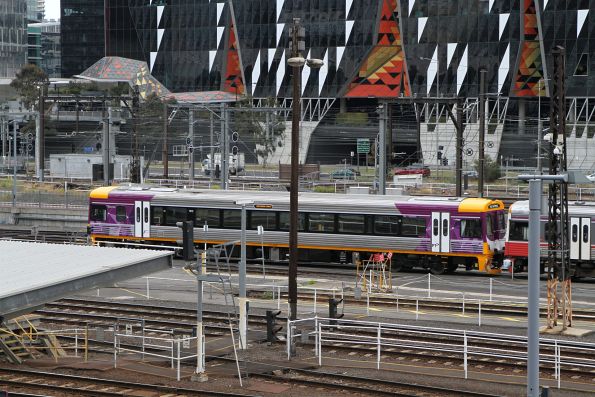 A comparison of the PTV livery on Sprinter 7012 with V/Line Mk3 liveried Sprinter 7021. 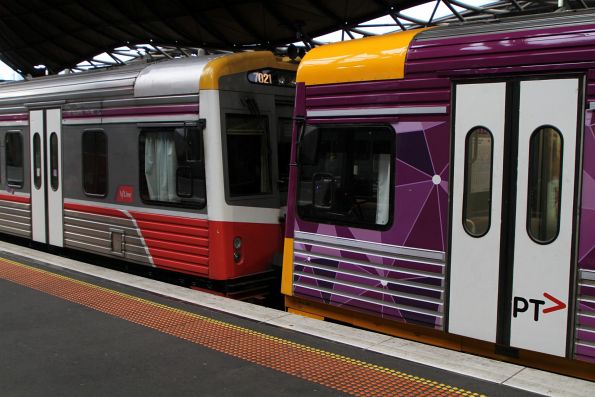 The luggage cage at the toilet end of the railcar was replaced by a wheelchair area and VLocity-style flip down seats. 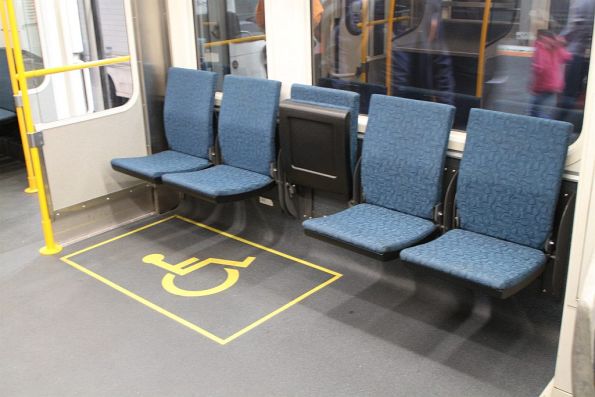 While the rows of seats on the other side were replaced by a VLocity-style luggage rack and more flip down seats. 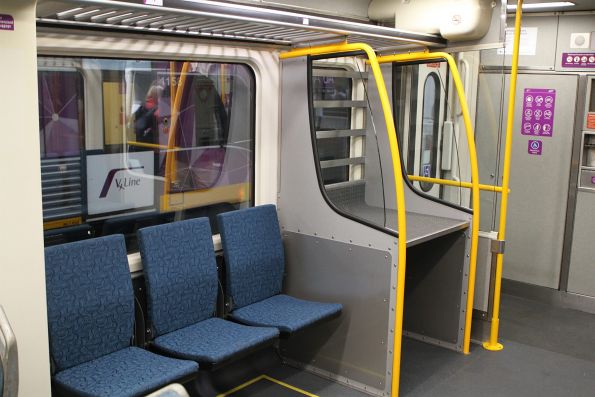 The rest of the saloon seating was left unchanged. 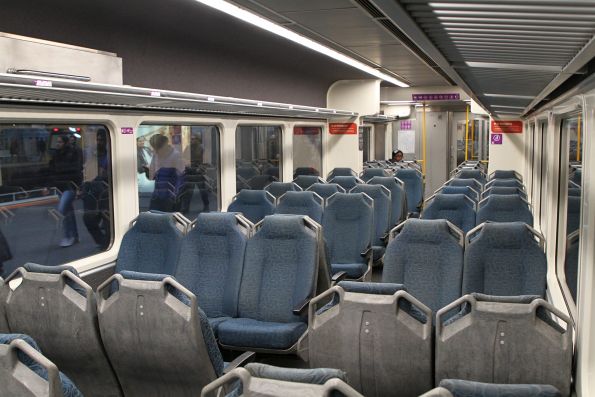 The exterior destination board was upgraded, with the original ‘flipdot’ screen replaced by a brighter LED array. Some people have described the front of the new PTV livery as a ‘smile’, but is it just an attempt to shoehorn the curved VLocity livery design onto a flat front? 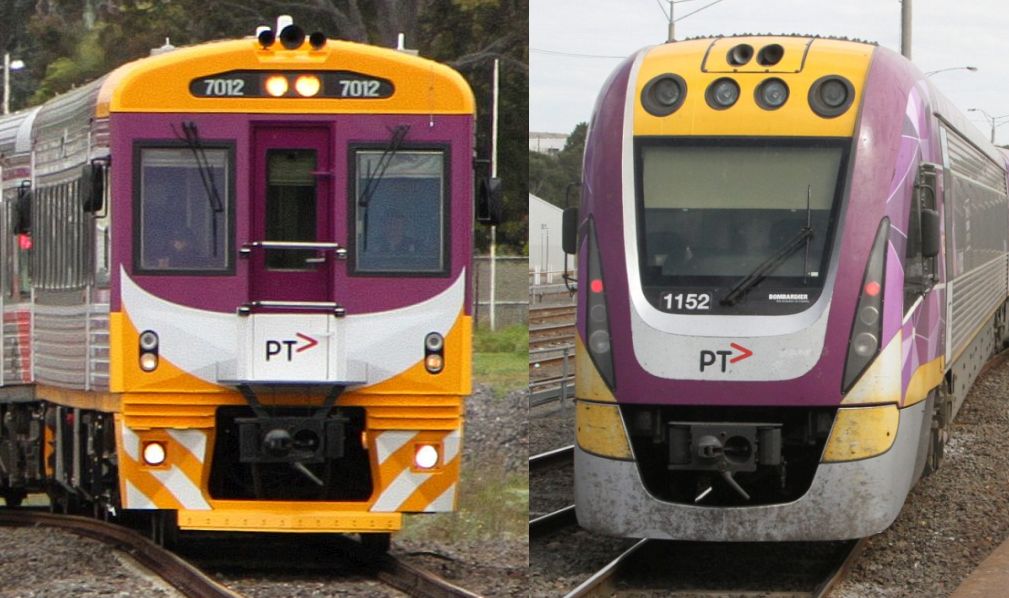