The retirement of V/Line’s fleet of A class diesel locomotives commenced with the April 2013 timetable change, when V/Line changed their working timetable to remove the need for their A class fleet to haul any passenger trains.

A62 was the first to have been put into storage, last running in November 2012. 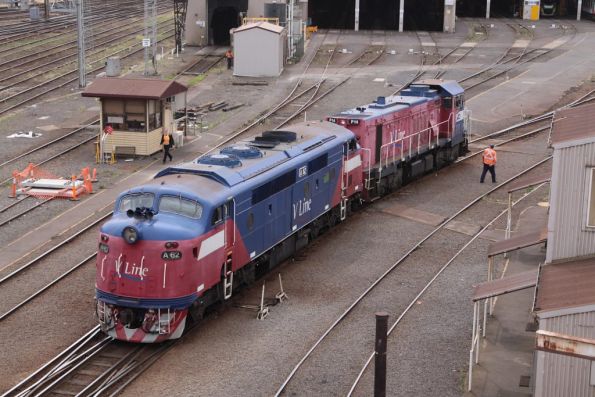 A60 followed in April 2013, following the withdrawal of regular A class workings. 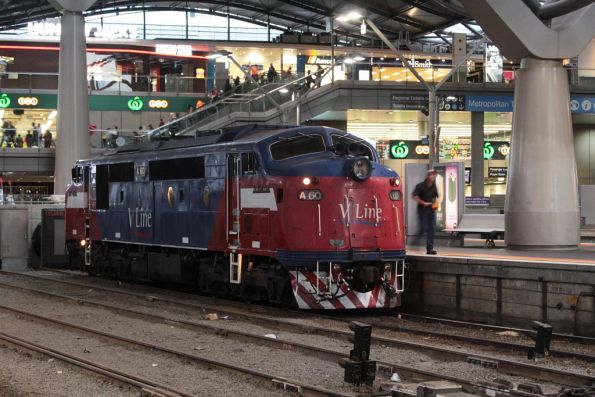 All three were moved to the Wagon Storage Yard at North Melbourne in August 2015, having been stripped of spare parts for the N class fleet, as well as numberplates and other valuable items. Then moved to a different siding in March 2018. 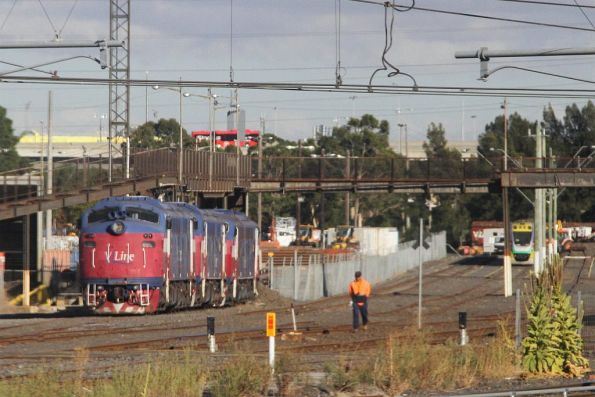 Where they sat for months. 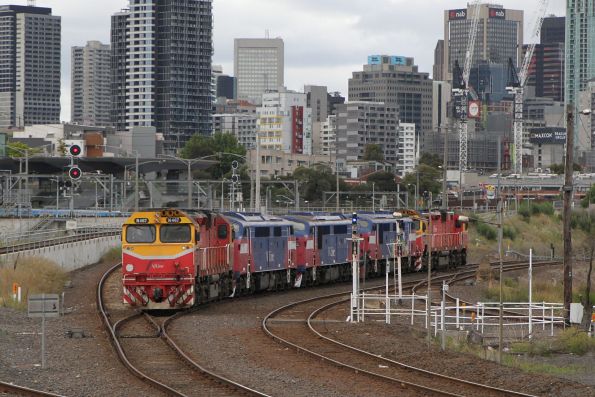 The movement required an N class at each end. With all three A classes stripped of parts, they were moved as unbraked vehicles, with an air hose running through the consist. The three locomotives were drained of fluids at the South Dynon locomotive depot, and now have an uncertain future.