Due to platform lengths normal V/Line services can be a maximum of six carriages long. But for empty cars movements, these limitations don’t apply - resulting in these massive trains.

We start at eight carriages: N454 and two classmates at North Geelong leading a pair of FN carriage sets on October 28, 2006. This was an empty cars move that departed Geelong at 0530am each Saturday morning. 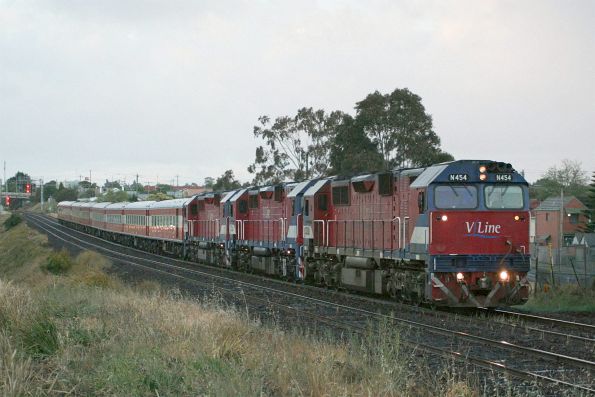 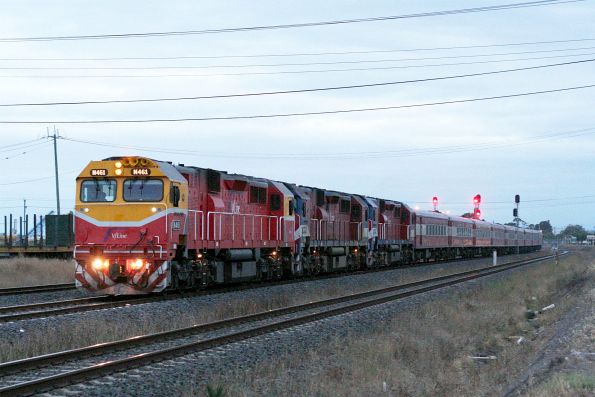 10 carriages and a power van: A62 in the lead of a carriage transfer to Bacchus Marsh, at Deer Park West on November 11, 2012. The leading 6-car set was VSH22 with a car added, the trailing 4-car set was VSH25 minus two carriages and an extra one added. Two SH sets had been returned to Melbourne the day before, the reshuffle being linked to the remarshalling some H cars into 6-car sets with upgraded HEP wiring. 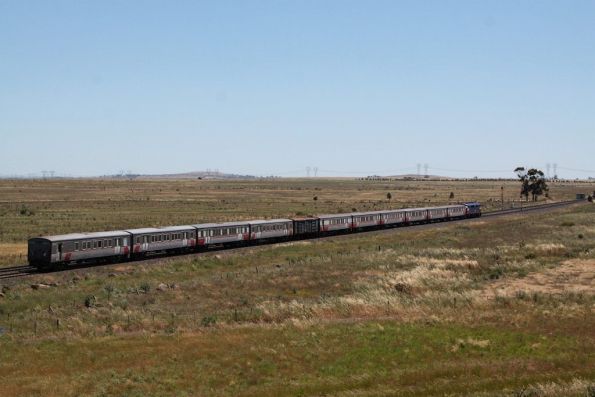 12 carriages and a power van: A66 leads N469, power van PH454, and carriage sets SH30, SH25, SH35 & LH33 through Deer Park West with an empty cars move to Bacchus Marsh on August 23, 2015. The rolling stock in question was supposed to stable in Bacchus Marsh over the weekend, then run two citybound services on Monday morning, but didn’t make it there on Friday night due to the line being closed. 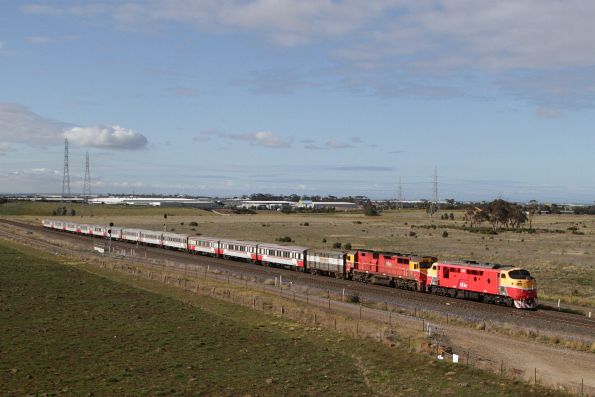