The shortest carriage sets in V/Line’s fleet are three cars long, which limits how short a normal passenger service can be. But for empty cars movements, these limitations don’t apply - resulting in these tiny trains.

On August 9, 2007 we see this two carriage long charter service depart Southern Cross Station, with N457 leading dining car ‘Avoca’ and sitting car BTN264. Interestingly the lack of a ACZ/ACN carriage meant no accommodation was provided for the V/Line conductor. 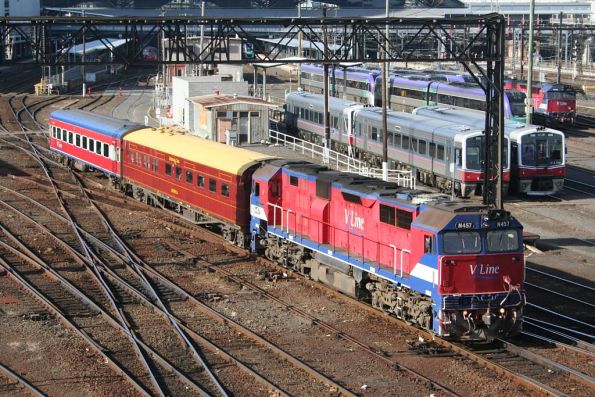 One carriage and two locomotives: N466 passes through Sunshine with Y163 and carriage BZN271 on a transfer to the SSR workshops at Bendigo on April 8, 2018. 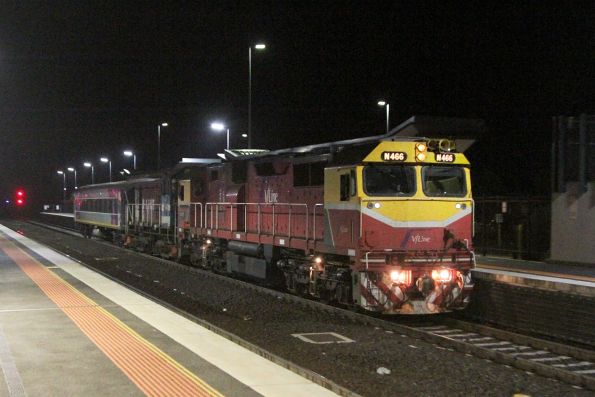 One carriage: N465 leads solo carriage BTN254 through Sunshine on the down on April 28, 2019 bound for the SSR Bendigo Workshops for air conditioning upgrades. N475 departs Southern Cross Station on May 21, 2009 with a single carriage BTN251 bound for refurbishment at Newport Workshops. 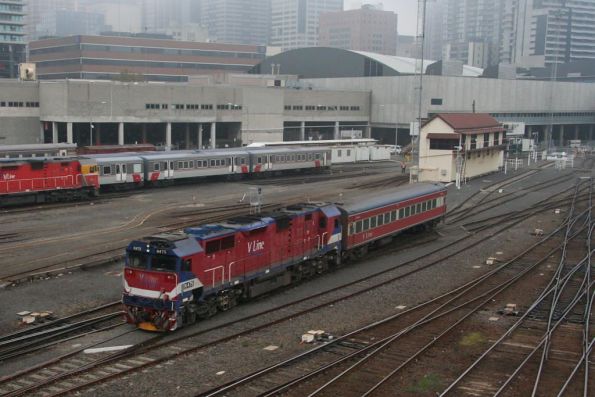 N465 leads solo carriage BZN265 through Sunshine on April 28, 2019 on the up following air conditioning upgrades at the SSR Bendigo Workshops. 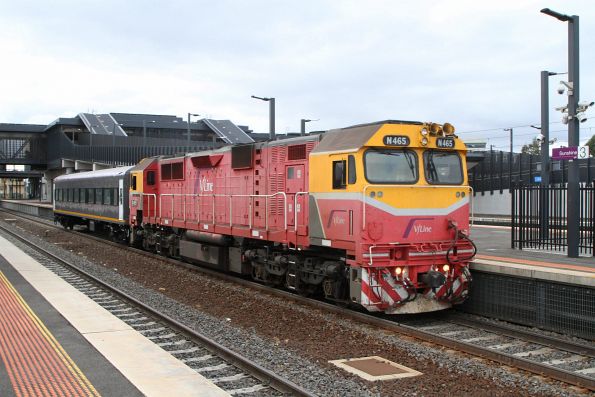 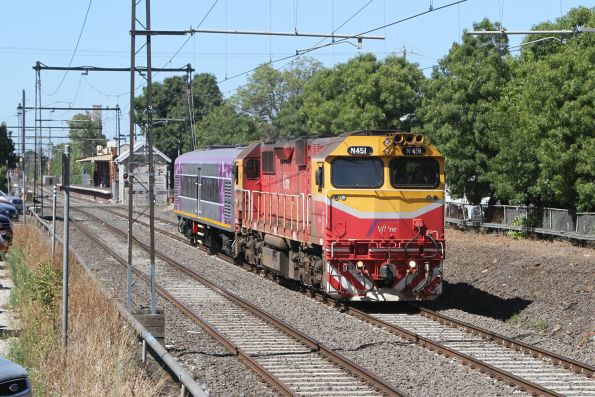 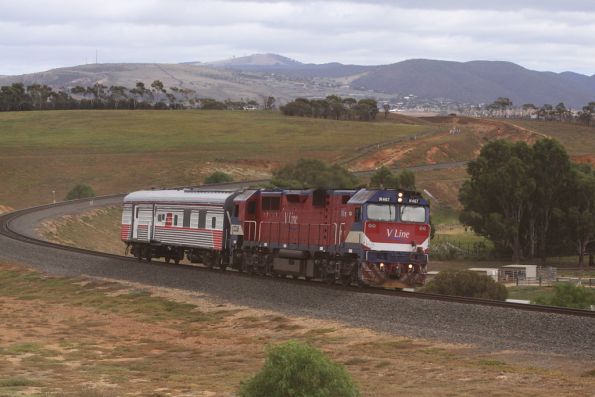 And not quite V/Line

And now for a V/Line carriage not on a V/Line train - on September 15, 2009 El Zorro ran a transfer between Melbourne and Ballarat via North Geelong, with Seymour Railway Heritage Centre locomotive T357 taking V/Line power van PCJ491 to the Ballarat Workshops for refurbishment, and bringing back completed van PCJ493 (formerly PCO2). 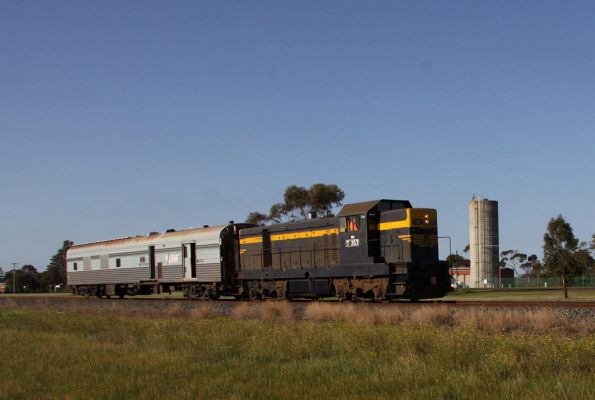