Since their entry to service in 2005 the V/Line VLocity fleet has appeared in four different liveries. 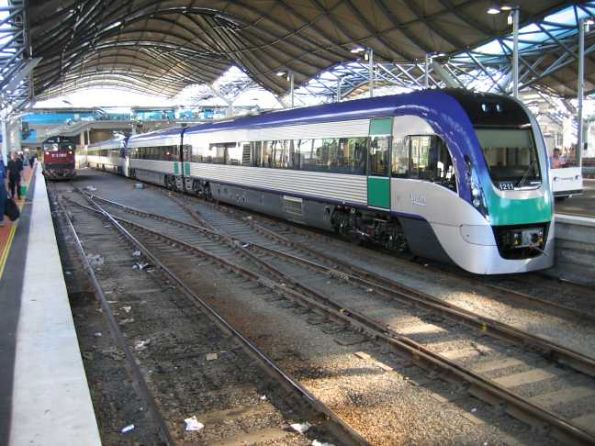 VLocity sets VL01 through VL40 once wore this livery.

No sets wear this livery today.

In March 2008 newly built VLocity set VL41 was outshopped with an altered cab livery. Portions of reflective yellow were added to the cabs, along with more reflective silver directly beneath the cab windscreen. 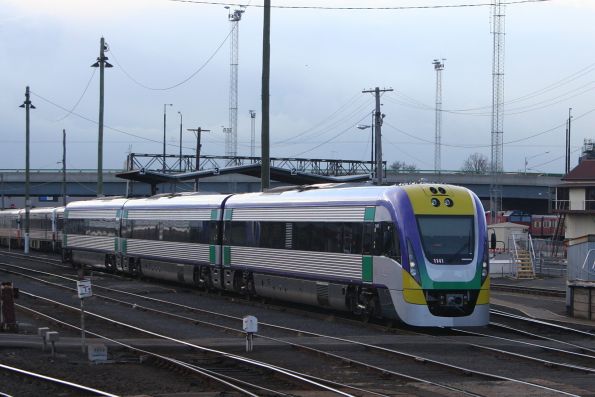 During the rollout, some sets received an interim version where only yellow anticlimber covers were fitted. 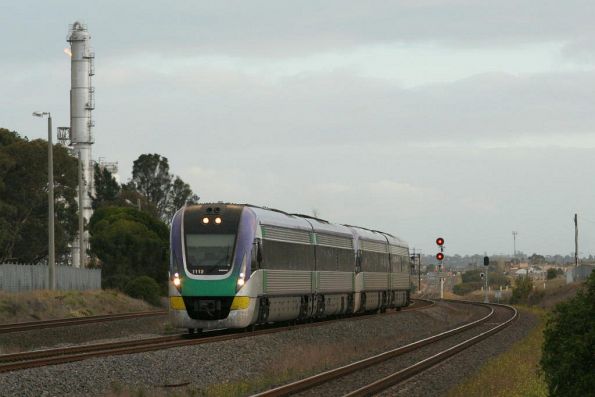 VLocity set VL41 was delivered in this livery, and sets VL01-40 were progressively repainted into this livery by April 2010.

VLocity set VL42 was the first VLocity train to receive the red and purple V/Line Mk3 livery in June 2010. 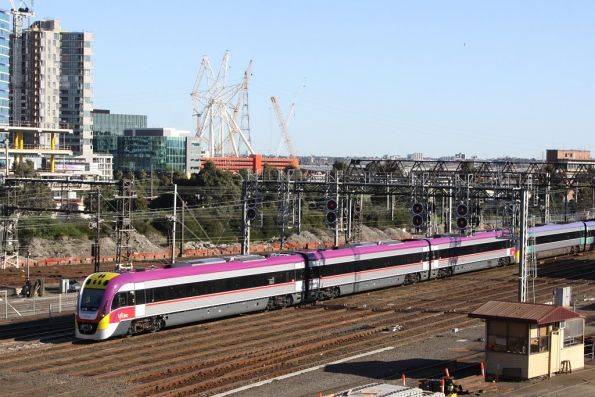 Set VL42 was initially delivered from Bombardier with only part of the livery applied, with it being finished off before entry to service. Set VL00 wore this livery until 2015, when the middle 13xx carriage was added.

Sets VL42 through VL51 were delivered in this livery.

VLocity set VL40 was the first to receive the new Public Transport Victoria livery in 2014, following a repaint. All VLocity sets from VL52 and above have since been delivered in this livery.

Sets VL00 through VL18 have also been repainted into this livery in 2015-2016, following the addition of the middle 13xx carriage.