September 2021 saw the commencement of mainline testing of the brand new standard gauge VLocity trains which will soon be deployed to the V/Line Albury service. 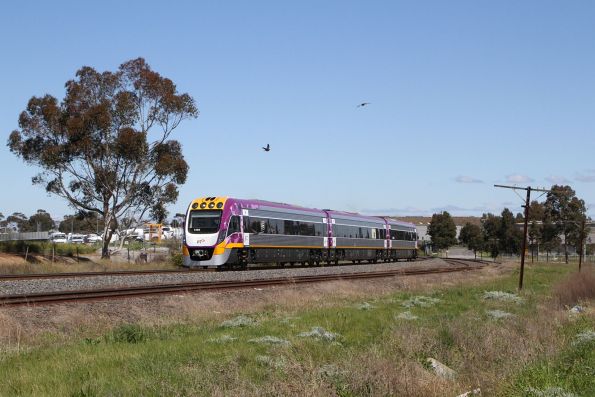 The first set to be delivered was VS93, delivered on broad gauge from Bombardier Dandenong to South Dynon in August 2021. Following gauge conversion and test runs around the workshop, on 23 September 2021 VS93 departed South Dynon for Seymour to commence the mainline testing program. The new VLocity trains appear much the same as sets VL80+ with the upgraded cab design. 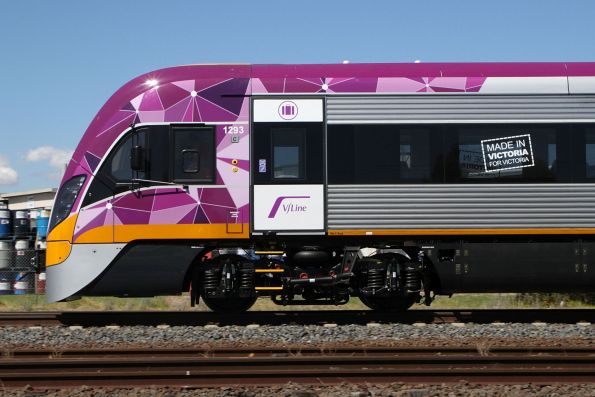 The main spotting feature being the blanked off wall for the buffet module onboard the centre carriage. During initial testing, this extra grill lacked a permanent covering. The buffet carriage was delivered as carriage 1393, but by 19 November 2021 it had been renumbered 1593 - placing it into a seprate number group. 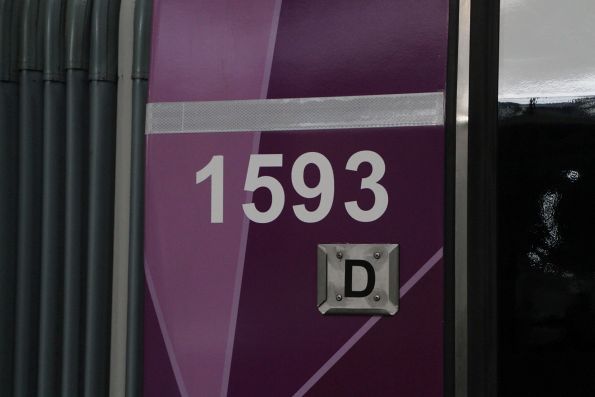 The train returned to South Dynon a number of times during the test program, before returning again to Seymour, with the first VLocity train visiting Albury on 29 October 2021.

One for the train enthusiasts... the first @VLine Vlocity to visit #AlburyWodonga today, still doing testing, no passengers yet @bordermail pic.twitter.com/vV2LcOn7jQ

On 22 November 2021 VS93 was sent to Southern Cross Station platform 2 for crew familiarisation training, a process repeated for a number of weeks. 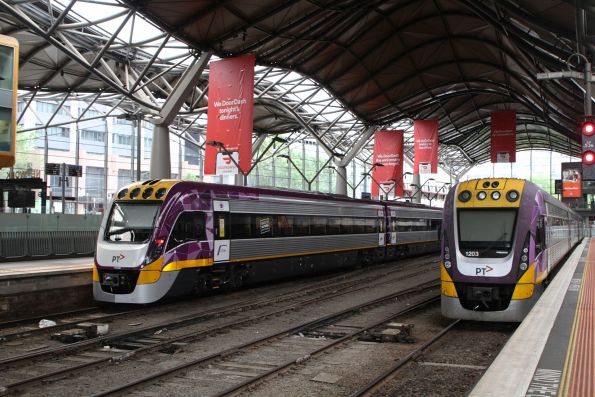 Changes inside the train a buffet module in the centre carriage, which was yet to be fitted out. With tinted windows opposite the buffet. Blanked off windows on the other side. Directions to the buffet from other carriages. Tables between seats in the buffet carriage. Fold down tray tables beside the accessible seats. Directions to place luggage between seats. And platform gap filling panels beneath the exterior doors.

The exception being the saloon doors at the cab end of each train. A second standard gauge VLocity set was delivered in November 2021 - set VS94. After gauge conversion it departed South Dynon for Seymour on 29 November 2021. The first mainline test of the two sets as a 6-car train occurred on 20 December 2021. Following these tests, revenues services should be not far away.